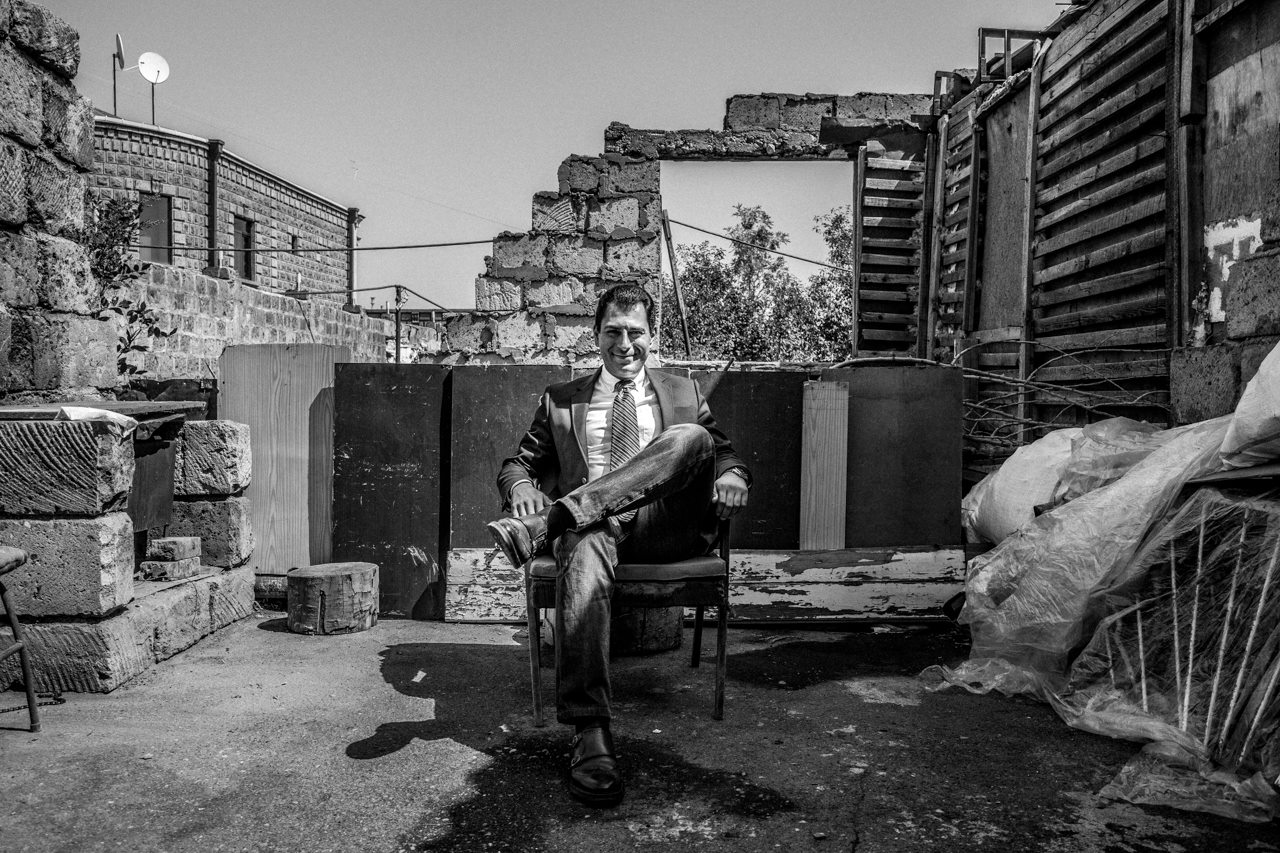 ‘When I look back on my FLEX year, I realize that I remember every single week of it. Perhaps even every day. And I can’t say the same about the next twenty years that followed it. Back then I loved adventures,’ remembers Vardan with a smile.

A moment later he adds: ‘During my FLEX year my Armenian parents never stopped worrying sick about me’.

We speak via Skype and I eye Vardan on camera curiously. He wears a nice suit, speaks impeccable English and looks very serious and dignified.

What kind of adventures? I ask. For example, the one where he was accidentally taken for a celebrated skier, having never tried skiing before.

Vardan lived in Maine – the state of dark, gloomy woods, tasty lobster and Stephen King. It wasn’t the climate that he was used to, neither he knew much about many traditional past times. Once his host family invited him to go skiing and Vardan gladly agreed. He only forgot to mention one small detail – that he’d never even tried putting the skiing boots on before.

On top of the slope Vardan was faced with an interesting dilemma. Every direction had a different color and he had no clue what each one of them meant. He hesitated for a moment and then went for the black slope.

During the first twenty meters things went reasonably well. Vardan kept his balance and moved forward, just like his skiing instructor had taught him half an hour earlier. But then the slope suddenly turned from horizontal into vertical and Vardan flew down at full speed.

‘I had no idea how to control my skis or stop, so I was basically in free flow. I remember how some people on the sides started clapping and cheering for me. They thought that my great speed was a sign of professionalism and I thought that those were the last seconds of my life. Eventually I started bumping into things, losing parts of equipment and clothing and slowed down. When I finally found myself on the bottom of the mountain, I didn’t have skis, boots or gloves. My host family didn’t see my great performance and when they later asked me about my time at the black slope, I told them confidently: ‘Ah, it was fine’. But Vardan stood out of the crowd not only on the black slope of an American mountain. Everywhere he went, he was noticed because he was the only Armenian in his area. The weight of being an Armenian cultural ambassador both thrilled and concerned him.

‘When I told people that I was from Armenia, they immediately became interested. So overtime I realized that everything I did in the U.S., whether it was a school presentation or just going to a party, really mattered. In a way people judged about my country based on my behavior. That’s when I first started thinking about Armenia’s positive representation globally. And in order to do that you need to make positive changes within the country’.

Twenty years later Vardan is doing exactly that. After a decade of working in development he’s recently taken a job as a program manager at the National Democratic Institute. His role is to support the grassroots movement of Armenia by building capacity of political parties, young activists and women. A year ago Armenia went through peaceful political transition called ‘The Velvet Revolution’ – in a space of a few months the country turned away from a one-party system and became a parliamentary republic.

‘This is completely unprecedented in our history and our mission is to ensure that people’s involvement in the grassroots movement doesn’t fade away. Women were the driving force of the Velvet Revolution but they are still massively under-represented in the government or parliament. We are trying to change that by providing them with opportunities to succeed,’ he says.

Still new in his job, Vardan is very enthusiastic about establishing a new political culture in Armenia. Yet he is also realistic that, unlike revolutions, changes of that scale do not happen quickly.

‘The hardest thing is to change the Soviet mindset, to convince people that they are the owners of their own destiny and that in order to solve problems they need to get together and work on them. But I believe that it’s a natural part of evolution, of Armenia’s journey in general and that we’ll get there eventually’.

The sense of being on a journey and enjoying it is has become the guiding principle for Vardan over the years.

‘My favorite book is the Odyssey. I love the fact that it’s a story about a guy who really wanted to get home and couldn’t, for a very long time. It’s a great adventure, but I believe that every human’s life is full of them. You don’t need to be a superhero to live a life worth telling about. My journey so far has been exciting and my FLEX year in the U.S. certainly played a big part in it. But the main story of my life is connected with Armenia. That’s where my great adventures are waiting for me’.