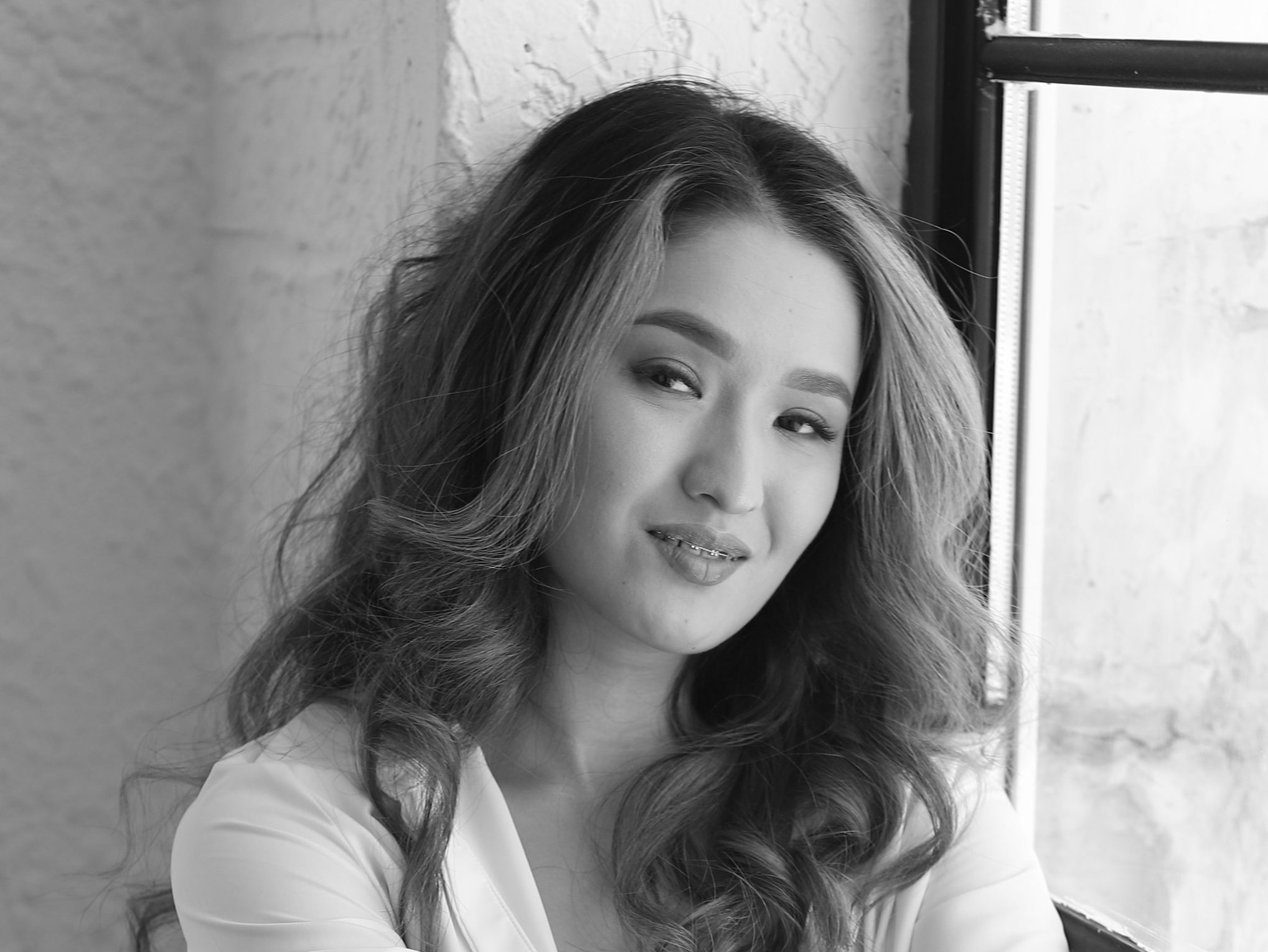 Before Sabina Abbasova ’16 (Bishkek, Kyrgyzstan / Havelock, NC) even graduated from college, she was offered the position of CEO, chief executive officer, at ProKG, a non-profit club of professionals seeking to mentor young adults and students in Kyrgyzstan. She was 21 years old at the time.

She had submitted her application with little expectation and ample amounts of humility, only to be offered the position of CEO.

“I wasn’t accepted into the [ProKG] program when I was seeking a mentor,” she said. “But then they hired me as CEO. I was finishing college, writing my term paper, and working already as a CEO, sort of at the same time.”

Sabina’s perseverance with ProKG was not out of the ordinary for her. In fact, it wasn’t until her second time applying that she was accepted into the FLEX program, where she was placed in a host family whose mother was an educator. Advocating for education became increasingly important for Sabina, as she realized her privilege in applying for and being accepted into the FLEX program and attending college.

“I strongly believe that more people would get a better education, would see more of the world, if most of the [education] problems did not exist,” she said.

Through ProKG, accepted applicants, most of whom are college students, are paired with a member of the club to serve as a mentor.

“When we look into our [ProKG] scholarship programs we are running for college students, 65 to 70% of participants are female,” Sabina explained. “But when we are looking at our club members – successful people who have built great careers or got great education – 80% of them are male.” 30% of mentors are not based in Kyrgyzstan and all have achieved success in their careers.

Sabina notes that being both young and a female can at times put one at a disadvantage when trying to build a career and professional relationships.

“There are barriers when people see you as a young girl,” she said. “They’re not sure about you and how competent you are.”

Sabina hopes that over time, an increasing number of ProKG mentors will be female.

Sabina ended her role as CEO with ProKG in March 2022, when she passed the torch to fellow FLEX alumnus Eldos Amanturov ’17 (Karakol, Kyrgyzstan / Westerville, OH). She has now begun a new role as CEO for the Central Asian Business Angels Association, a social non-profit initiative aimed at recruiting investors to financially support startup businesses.

In her new role with Central Asian Business Angels Association, Sabina has shifted from mentorship and education to investment management, as her company paves the way for start-up donations from outside investors – an idea that is new to Kyrgyzstan and much of Central Asia.

“I do think that my next career move would probably be switching to the field of investment,” she said.

At 23 years old, Sabina continues to dream about future ways she can grow in her skills and impact Kyrgyzstan. In June, Sabina will begin to mentor her first mentee through ProKG.

“I see [all of these projects] as having a great impact in the long-term for Kyrgyzstan,” she said.