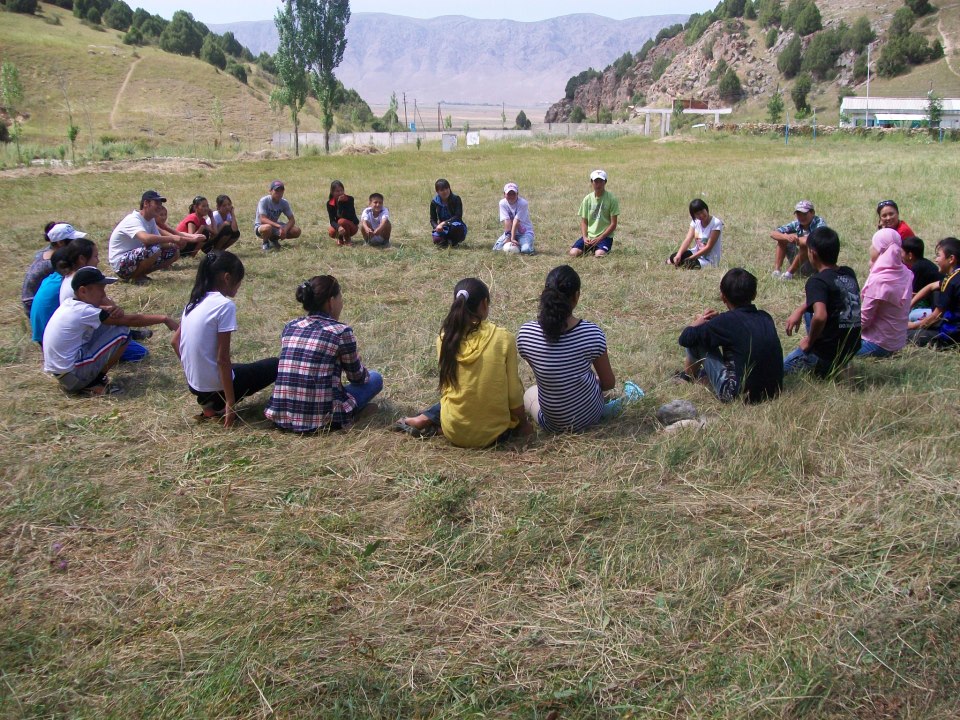 The Importance of the FLEX Program: The FLEX program was the most valuable experience that I’ve ever had. In fact, it changed my life forever. The most important things that I received through the program were the values of volunteering and helping vulnerable people.

FLEX Highlights: During my FLEX exchange year I was a member of Debate and International clubs, volunteered with Habitat for Humanity and won a scholarship to participate in the Civic Education Workshop held in Washington D.C. This workshop was very inspiring and educational. There I learned about civil society and democracy, met political leaders, visited the White House and even witnessed the decision-making process in the U.S. Congress.

FLEX Alumni Projects: When I returned to Kyrgyzstan, I became a city representative in my home town Osh and organized several community service projects. Together with another FLEX alumna Begaiym Mamatova ’09, we taught English and conducted volunteering actions at an orphanage, such as a concert for the elderly people. This concert brought a lot of joy to everyone!

Humanitarian Aid During Ethnic Clashes: In June 2010 violent ethnic clashes broke out in Osh, southern Kyrgyzstan, leaving hundreds dead and dozens of thousands displaced. The state of emergency was declared and roads and shops were closed. In these days transporting food and medicine became very dangerous, if not impossible. However, with the help of community leaders we were able to distribute aid which was sent to us by the Unity Fund, a group which was set up by FLEX alumni. Soon other NGOs joined in and as a result we were able to provide food, medicine and hygiene products to a lot of people. I was the only female and the youngest volunteer in my team and many were surprised at my decision to be involved. But I couldn’t stay at home, I wanted to help people in my multi-ethnic community at this tragic time. In the Aftermath of the Conflict: In summer 2012 I decided to implement a project called “Rainbow of Peace” aimed to build tolerance and teach people not to respond to provocation in a small town Isfana in Batken region. Located on the border of three Central Asian countries, Kyrgyzstan, Uzbekistan and Tajikistan, Isfana has always been populated by different ethnicities and in the current climate has become prone to ethnic violence. Therefore, we set up a one-week summer camp for local youth leaders where we gave classes on peace-building, tolerance and project management. We also shared stories about our FLEX experiences encouraging students to study English and apply to the program. The camp turned out to be a great success and I’m still in touch with many students who regularly ask for my advice on their grant ideas.

Enterprise Student Fellowship: During my FLEX year I also gained knowledge about business and entrepreneurship through the DECCA Business Club in my high school. Back in Kyrgyzstan I wrote an essay about the development of market economy and entrepreneurship in Kyrgyzstan and was awarded the Enterprise Student Fellowship from the U.S. – Central Asia Education Foundation (U.S.-CAEF). This full scholarship allowed me to receive high-quality business education at the American University of Central Asia. FLEX to Internship Program: While at the university I took part in the Exchanges to Internship Program (Etol) and spent three months working at the Kyrgyzstan Ministry of Finance. There I learned how the state budget is compiled and how effectively the government spends money on social services. To increase trust in government work and sum up my experience, after the program I implemented a state budget transparency campaign which was funded by Etol.

In Budapest: After graduating from the university in summer 2014, I got married and moved to Budapest, Hungary. Currently I work as Accounting Analyst at the GE Global Operations Finance Europe, a shared service center of General Electric in Europe. My main responsibilities include preparing financial reports and analyzing bank statements. Together with a GE volunteers group I am also involved in developing social projects, such as charity bake sales, clothes drives, clean-ups and village development projects. Anybody can organize a social project with colleagues or friends; you just need some imagination and a desire to help disadvantaged people.

In Budapest many locals are employed by international companies. Foreign investment decreases unemployment, brings new expertise and inspires young people to study foreign languages and be career-oriented and I think that it should be expanded in Kyrgyzstan as well.

The FLEX program has contributed greatly to my professional and personal growth and I hope that it will continue changing thousands of young lives for the better.