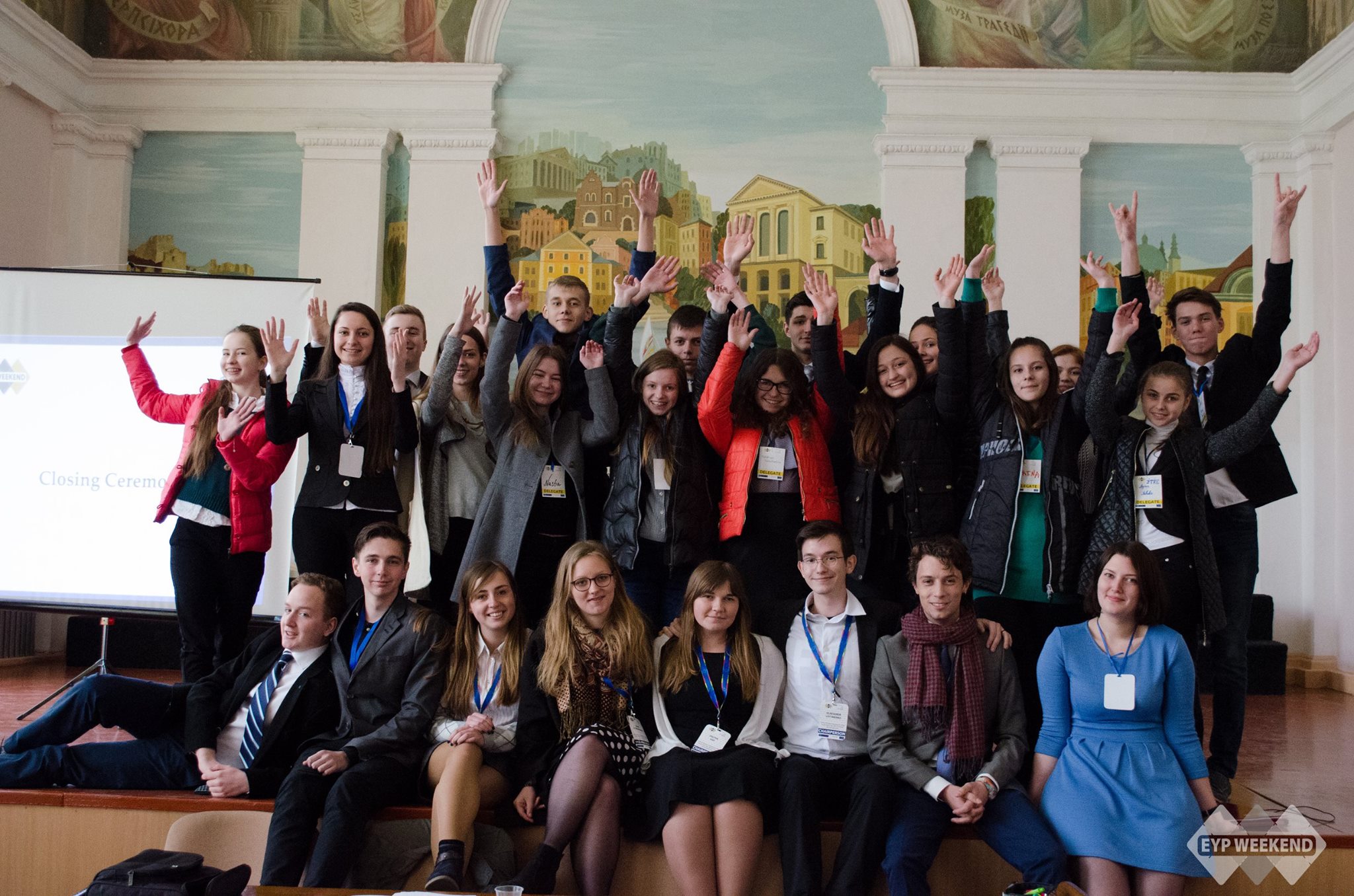 On April 18-19, Kristina Chelmakina ’08 teamed up with six FLEX alumni to organize four large-scale European Youth Parliament (EYP) sessions with a common topic ‘Hand in Hand for a Better Ukraine’. Over 300 delegates from Odesa, Ternopil, Dnipropetrovsk, and Chernivitsi came together to debate on a variety of topics dedicated to Ukraine’s future. These sessions were conducted with a large number of partners including the EU Delegation to Ukraine, the Ministry of Youth and Sports, the Ministry of Education and Science, IREX, Open Hearts of Ukraine, and the city administrations that provided EYP – Ukraine with all the necessary materials for the event.

The scope of the project objectives was vast – from promoting Ukraine’s integration into the European community, European values, such as democracy and human rights, and the importance of intercultural exchange and communication to contributing to developing Ukraine’s civil society and encouraging civic activism and tolerant behavior among young people.  The key strategies included developing critical thinking and respect towards your opponent in a debate and group discussion. Through four sessions, which were covered on Facebook and in the EYP media report, over 10,100 people were reached, partnerships were established and new projects were planned. Thus, as a result of the project the organizing team in cooperation with EYP-Ukraine will soon start working on the ‘Understanding Europe’ initiative implemented by the Schwarzkopf Foundation Young Europe. The goal of the initiative is to educate young people on how the EU works and engage them in Europe-wide debates.