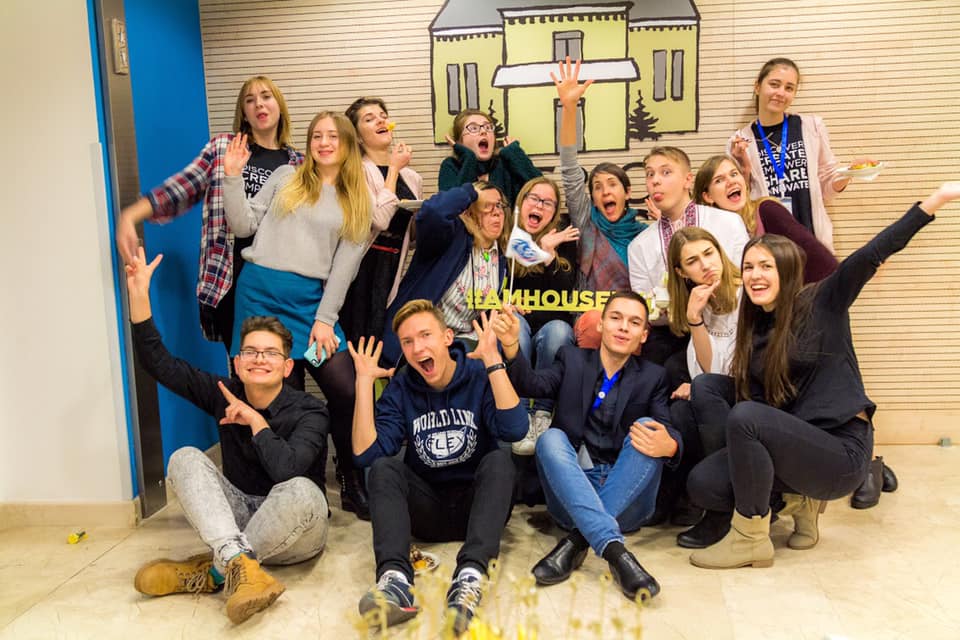 When we listen deeply and tell stories, we build a just and healthy world.
Amy L. Hill

Sophia Yakovlieva ’14 (Olexandriya, Ukraine/Centennial, CO), the Alumni Coordinator in Western Ukraine, participated in the Ukraine Anti-Corruption Digital Storytelling Workshop that took place in Kyiv from November 8 to 11. The workshop was organized by Amy L. Hill, Silence Speaks director at StoryCenter, and Christina Monzer of American Councils for International Education and was supported by the America House and the U.S. Department of State.

For this workshop, 14 FLEX Alumni from Ukraine attended the event. The workshop trainer Amy Hill organized the participants into groups guided by mentors who helped each participant develop his or her personal story. The participants were tasked with telling a story about a moment when they saw and felt the direct impact of corruption, a situation that inspired them to stand up and speak up for the truth and against corruption, or their ideas for Ukraine’s future that focus on
progress and transparency. After creating their stories, each group presented to the entire group and received feedback from their other peers. This activity helped the participants practice creating a storyboard. The trainer then offered technical advice to the participants regarding how to record the text and produce the video using iMovie. Each group then recorded their selected story and shared with the audience.

Sophia shared the story of her family facing injustice and unfairness. The issue was connected to the fact that the Military Retirement Pay for persons released from military service in Ukraine was insufficient and many former service members that were hired by foreign companies were not given sufficient legal documents to claim their retirement pay. Thanks to this workshop, Sophia realized the power of storytelling as a tool to build a stronger civil society.

The videos that alumni created during the workshop were screened at an event planned for World Anti-Corruption Day on December 9, 2018. See one of these videos below!

Say "NO" to Corruption. Every "NO" CountsTogether with the FLEX alumni we support the Anti-Corruption Week by sharing our created videos. We agree that "corruption is a complex social, political and economic phenomenon that affects all countries. Corruption undermines democratic institutions, slows economic development and contributes to governmental instability."Find out more https://www.awarenessdays.com/awareness-days-calendar/international-anti-corruption-day-2018/