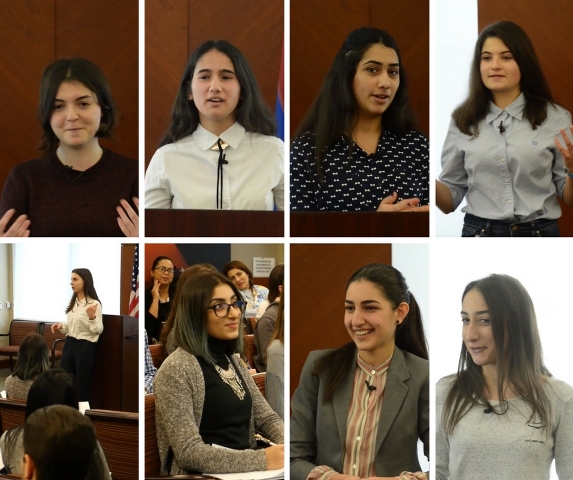 Seven alumni of the 2017 FLEX Ability Workshop gave TEDx-style “FLEX Talks” at the U.S. Embassy in Armenia on November 22. . Members of the audience included over forty Armenian FLEX alumni and U.S. Embassy and USAID staff members. U.S. Ambassador Richard Mills opened the FLEX Talks event by acknowledging the value of alumni sharing their stories and contributing to their communities through volunteer activities, including those at American Corners with Peace Corps volunteers. Many of the talks focused on improving mutual understanding between alumni from Armenia and Azerbaijan, with several Armenian alumni noting how the FLEX Ability Workshop led to new or deeper relationships with their peers from Azerbaijan. For example, during a talent show at the workshop, Alumni Coordinator Khachatur Margaryan ’12 (Yerevan, Armenia/ Chicago, IL) and Nijat Behbudov ’13 (Baku, Azerbaijan/ Clinton, WI) performed rap songs, while groups of Armenians and Azerbaijanis danced one another’s national dances. During her talk, alumna Maria Karapetyan ’04 (Yerevan, Armenia/ Rio, WI) attributed her interest in conflict resolution to her FLEX exchange experience, and shared that she now works for the Imagine Center for Conflict Transformation, an Azerbaijani-Armenian dialogue project.

Nelli Harutyunyan ’17 (Yerevan, Armenia/ Des Moines, IA) proclaimed during her FLEX talk that, “The people I met during my exchange year influenced my life and also somewhat decided my future. The cultural conversations that I had with them became the ones that taught me more about myself and others. I didn’t realize what was changing inside me at that time, but when I came back to my home country I noticed how much my acceptance to diversity had grown.”

“Living my entire life in a country where everybody has the same nationality, religion and beliefs, it was hard and exciting, at the same time, to face the diversity in the U.S. It was there that I learned to see the world from a more universal perspective, and to focus on things that we have in common rather than the things that separate us.” The alumni were more relaxed, present, and persuasive in their speeches thanks to the techniques they learned at the FLEX Ability Workshop, including how to activate their messages and engage their space.

“All the speeches were motivating,” said Ruzanna Hovhannisyan from USAID. One of the key messages she took from the alumni was that no one “should stop following his or her dreams.” 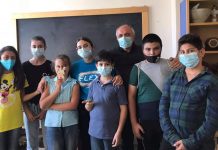