Home Armenia GYSD Project: ‘Back to the Roots’ in Gyumri, Armenia 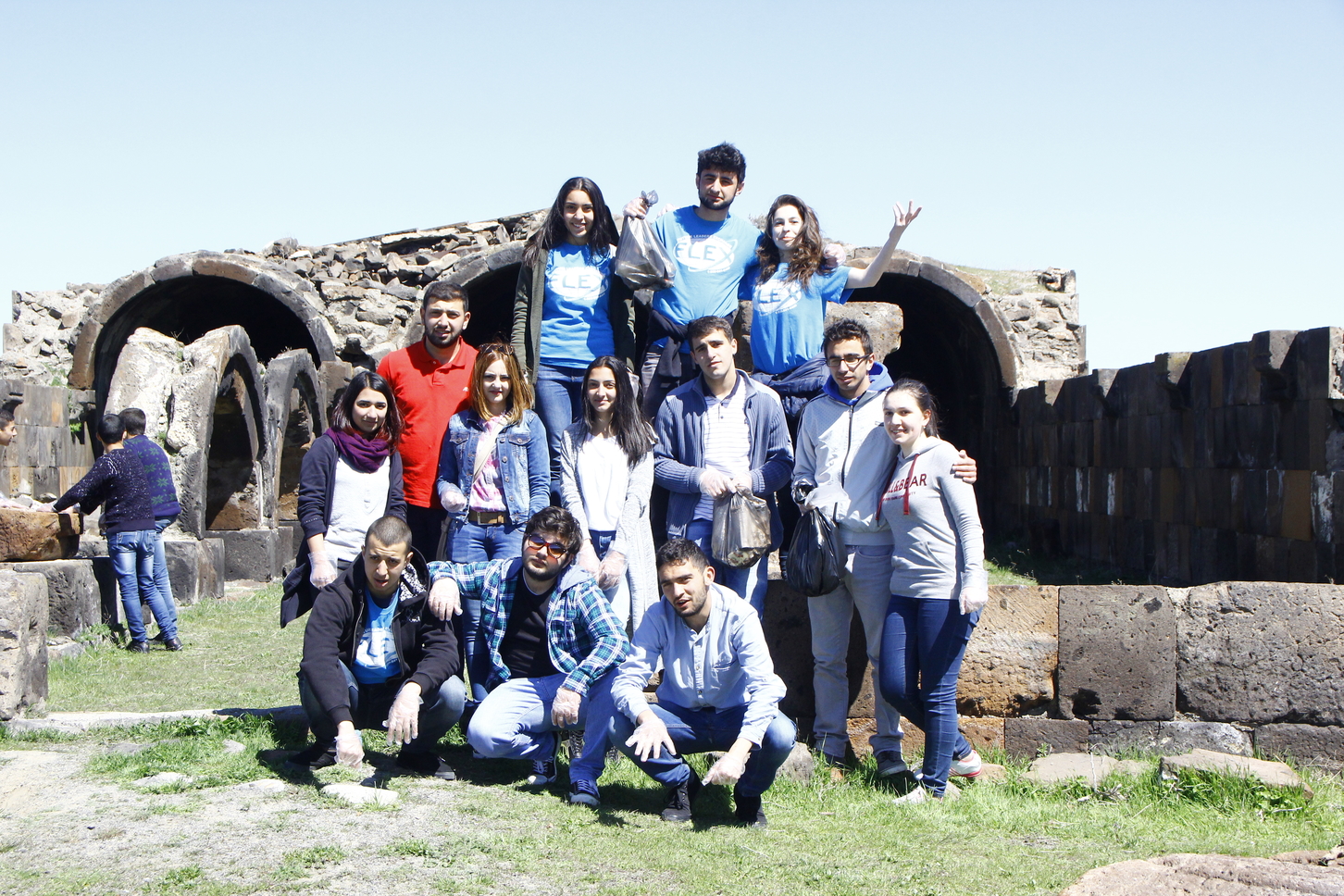 Arman Misakyan’s project ‘Back to the Roots’ aimed to teach young people about the importance of volunteering and heritage preservation. On April 17 he teamed up with three FLEX alumni and a group of forty volunteers from Gyumri to conduct a joint clean-up action in the nearby village of Jrapi. The Armenian Youth Foundation in Gyumri helped to find volunteers and provided logistical support. Prior to the action the FLEX alumni organized a charity drive during which they collected clothes and toys for underprivileged families in Jrapi.

The successful action was followed by a group discussion on the topic of Armenia’s history and culture led by history expert Ani Poghosyan. ‘A lot of buildings in the area have cultural and historic importance but this fact is often forgotten even by local residents. Our goal is to rediscover our past and engage young people in community work,’ says Arman.

The project concluded with a celebration where folk songs and dances were performed and traditional outdoor games were played. The project finished with a soccer match between Gyumri and Jrapi students. The organizers note that the project went even better than they had hoped for. ‘Instead of expected 30 volunteers we had nearly 60 people participating in the event. After the project local communities from other regions got in touch asking us to conduct similar initiatives elsewhere,’ notes Arman.

Having received positive feedback from Gyumri and Jrapi communities, the FLEX alumni plan to continue with heritage preservation projects in their region and beyond.