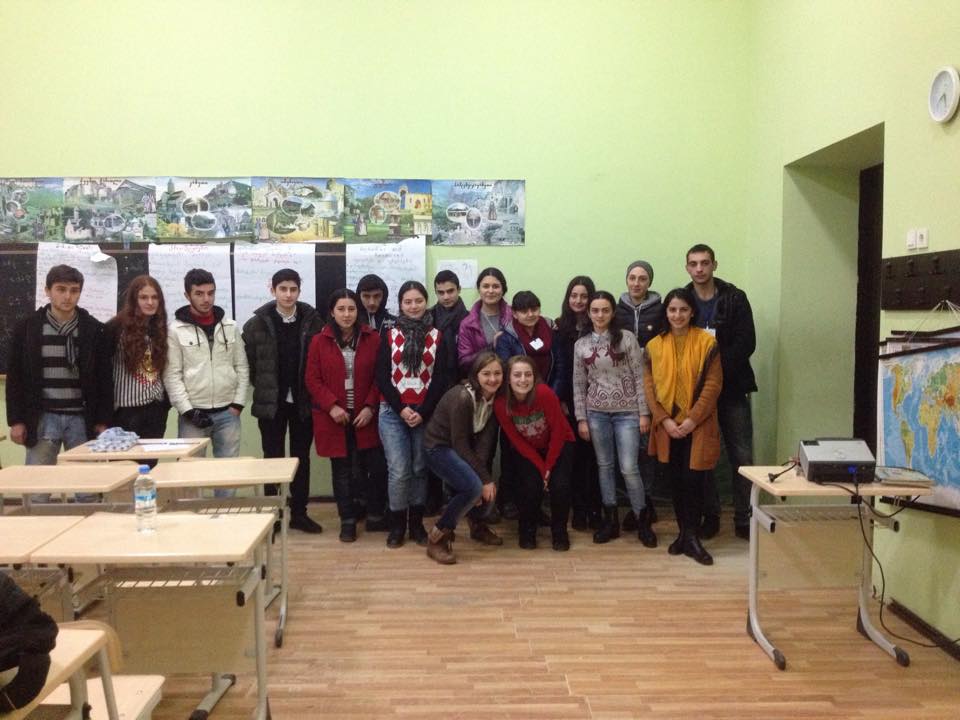 In November and December Tatia Kakhetelidze ’15 teamed up with four FLEX alumni to conduct a multi-stage training on project management and fundraising for 20 local high school students. During the introductory workshops, participants were divided into working groups where they discussed the issues in their communities and put forward project ideas. Later alumni taught participants how to prepare a successful project proposal and manage a project once the funding is granted. Equipped with new skills, participants developed and presented their project proposals in front of the FLEX alumni jury. The top two ideas, a Christmas food drive for low-income families and a training for young people on civic engagement, were selected for implementation with the financial support from the Khashuri Youth Government. The first project was successfully conducted in December and the second one is still being developed. The project partner, the NGO Tatia attributes the success of the training to her participation in the South Caucasus FLEX-Ability Workshop. ‘Participants told us that the great facilitators made them really interested in the topic of project development. The facilitators made sure that everyone was engaged,’ she says.