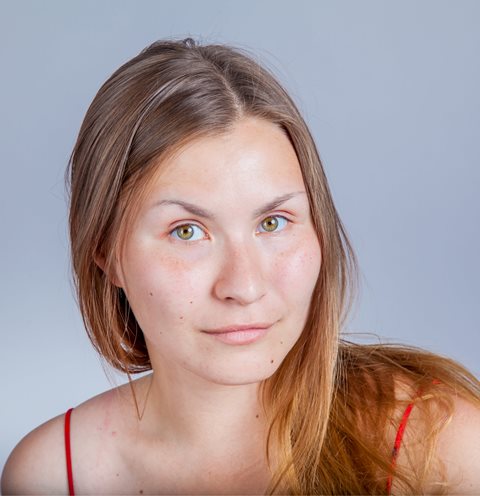 ‘Don’t be shy about engaging people outside of the FLEX community in your social projects as the strength of each network is in the impact it has on the community. There will definitely be challenges and obstacles throughout the entire journey, but they are worth the final result,’ Anna Safronova shares her message with the FLEX alumni. Anna started the project ‘My Dream City’ aimed at providing a positive learning environment and educational opportunities for inner-city orphans after her return from the U.S. While being an exchange student, she met an orphaned elementary school student who lived in a foster home and was inspired by his story: ‘Despite not having natural parents he led a completely normal life, went to a regular school and had many friends. The contrast between his life and those led by Russian orphans seemed so striking that I decided to do something about it when I returned’.

In 2011 she organized a flash mob entitled ‘My Dream City’ during which orphans from different cities were asked to paint their dream places and ways of living. Very quickly the project gained an international dimension spreading to six other countries; activists joined movement from Armenia, Azerbaijan, Macedonia, Ukraine, Kazakhstan, and even a far-away Nigeria. Despite cultural differences, children from all over the world drew very similar pictures with family being the central theme for most.

The results of the event showed that there was a strong need for conducting a long-term social project rather than isolated spontaneous activities especially since in Russia alone over 100 thousand children live in permanent boarding schools, with limited or no family interaction. A few months later a network of volunteers implementing projects in 15 Russian cities under My Dream City was founded. After visiting a few orphanages in different cities in Russia, Anna realized that the main issue for most was not a lack of funding since many received sponsorship from local businesses as well as the government, but a lack of a systematic approach in bringing up orphans and vulnerable children. Growing up outside family structures, most orphans and orphanage graduates don’t possess basic home management skills or education.

‘The number of orphans that go to university is incredibly low and studies show that only 1 out of 10 becomes a productive member of society.  For example, in Moscow when a boarding school resident turns 18, he receives a free apartment and a 5-year monthly stipend higher than an average salary. But without career opportunities or any knowledge of how to run a home these forgotten adults quickly turn to drugs, alcohol and crime,’ says Anna.

With the help of other FLEX alumni she initiated a tutoring program through which children in orphanages are taught various school subjects based on their individual needs and interests. Many tutorials have played an important role in their development. ‘We had a boy who wanted to go to an evening school but couldn’t enter it due to poor knowledge in math. After a year-long tutoring he was accepted and is now successfully studying there. Upon graduation he will receive a high-school diploma allowing him to go to university,’ shares Anna.

Some young teachers and children establish relationships that last for years afterwards. One of the tutors has continued communicating with her former student even when she moved away to study for a Bachelor’s degree.

The project, which initially consisted of FLEX alumni, now includes many university students and young professionals not connected with the FLEX program. ‘Our second goal is to promote community service in Russia and to show that besides being a good thing to do volunteering is also cool and fun. I think that the attitude is already changing.  There are some events where we have roughly as many volunteers as children,’ says Anna.

Despite all of the challenges, Anna is optimistic. Following her next steps education endeavors, she hopes to take up where she left off to help children in orphanages in Russia and around the world.  If you would like to sponsor or get involved in the My Dream City movement, please email Anna Safronova at anna.safronova@mydreamcity.org