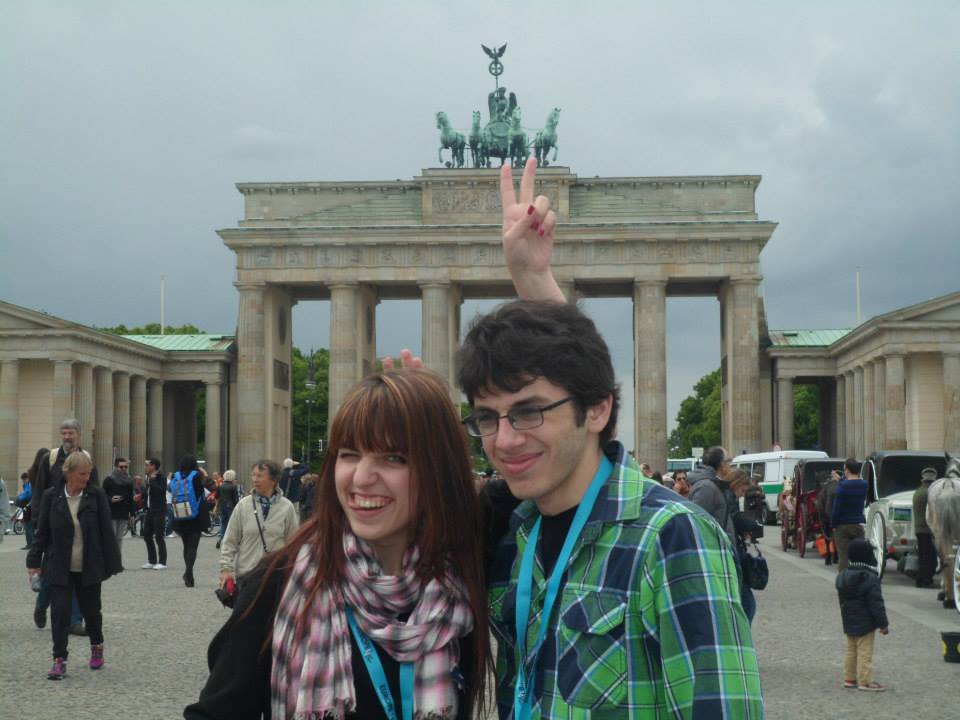 Everything began with a simple call for applications which I had come across on one of the opportunity websites. The first detail that caught my attention immediately was an intriguing topic of the workshop. I applied for the project called: “Europe 14l14 History Campus Berlin”.

Workshop was planned to collect around 400 young people from Germany and all parts of Europe to work on the topic of the First World War and its meaning for us, for our respective country and for today’s Europe. The project was expected to be very massive and broadcasted by most of the TV channels. That’s probably why I never thought I would be given a chance to be among those lucky young people.  Selection process was very competitive and It was hard to believe that I was selected even when I received an email, confirming my participation. For four days I was surrounded with the most wonderful people, discussing the most important problems of past and  modern world. A lot of important faces were present at the workshop including the Chancellor of Germany- Angela Merkel.

One of the goals of the organizers was to bring the whole world together to take part in celebrating 100 years after the end of the World War I, the worldwide tragedy, giving everyone one more opportunity to understand deeper and learn better from the past and use these lessons in present to prevent the world from making same mistakes and relating the conflicts repeat themselves in future. The event took place in Berlin, Germany and it was completely funded by the organizers.

You could probably find the representations of pretty much every country of Europe, participating in the project and that’s what made it the most interesting. There were two other FLEX alumni from Georgia Givi Makharadze ’13 and Mariam Abazadze ’10 attending the workshop. We were divided into smaller groups or workshops. It was an honor for me to be a part of the ” Dueling the Army Postal Service ” workshop. We had fun, we made new friends, learned a lot and realized how far conflicts can actually take us. The slogan of Europe 14l14 was “Look back-think forward” which carries a big importance to each and every one of us.