Home Articles Written by Alumni Nobody Stops You from Trying 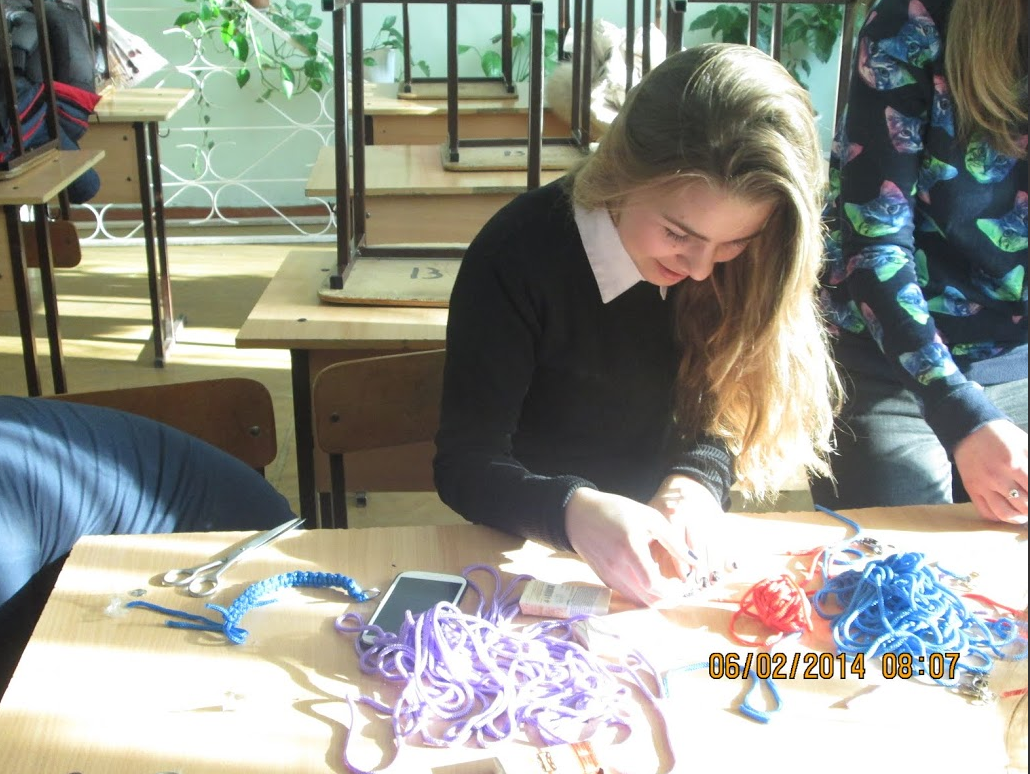 Since returning from a year’s study at the Mid-Prairie High School in Wellman, Iowa, Catalina Cucu ‘13 of Chisinau, Moldova has initiated several community service projects and has been an active member of the FLEX alumni community in her hometown, even being named City Representative of the month in November 2013. Along with all these responsibilities, she has been making a difference in the lives of some very important members of her community–the dogs at the Alga Pet Shelter.

Catalina opened the Volunteer Club at her high school in Moldova after returning from FLEX. Her first projects included a Halloween party at a center for youth with disabilities, where she also works as a teaching assistant, and frequent visits to local hospices and orphanages. While talking with a friend, she learned about the Alga Pet Shelter.

She and ten other volunteers started off bringing food donations, playing with the dogs, and painting doghouses. As they became good friends with the shelter workers, she and her team became more excited and found even more opportunities to lend a hand. “Dogs love you the way you are, and that is special,” Catalina says–and maybe that’s why she has been able to get so many people involved in community service.

The Volunteer Club has remade donations of old sweaters into warm winter clothes for the dogs, chopped wood and prepared food. In December, volunteers got to try something new when they raised awareness at an exhibit at Moldova’s main exhibition venue, which included meeting with homeless shelter representatives from Russia and Poland. Catalina organized more fundraising through a fitness club at her school, where the cost of a workout is donated to the shelter.

In her opinion, Who Let the Dogs Out? earned the most enthusiastic response. The volunteers handmade collars, which they sold, and used proceeds to buy food. According to Catalina, the conditions at the shelter are “not luxurious,” but the dogs have separate kennels, and someone always comes to vaccinate them. The Volunteer Club gets involved with whatever they’re asked to do–and every little bit helps. In return for their service, they’ve had a great deal of press, which helps attract more members.

Meanwhile, the events she organizes at school–like celebrations of American traditions for Halloween and Valentine’s Day–combine fun with encouraging other students to volunteer. She’s become a fundraising expert, organizing donations for causes from the Casa Aschiuta orphanage to “St. Nick Goes for a Walk,” where the club gave food to homeless people at Christmastime. This experience has certainly prepared her to pursue a degree in business and management; one of her career goals is to open and run a successful business.

For Catalina, FLEX is where it all started. That year in the US opened numerous doors–volunteering, running track, participating in speech and drama activities, writing for the school newspaper, and creative writing and advanced composition classes–that have all helped her manage so many projects today.

More importantly, “I became more confident in my ideas. FLEX has made me a better person.” Although the exchange program has a special place in her heart, she believes that anyone can get involved with volunteering and make an impact in the community: “Nobody stops you from trying–just do it. Believe me, it’s worth it.”