“Minnesota, huh? Cold! You better get ready!” – said the consul during my U.S. visa interview. But I didn’t have to get ready, after a year in the lovely state of Wisconsin as a FLEX finalist I knew exactly what a Midwest winter can be and if it is Minnesota this time, well, I must be a Midwest girl after all.

On August 15, 2011 I set foot on Minnesotan land as a proud finalist of Global UGRAD, IREX fellowship, a US Government sponsored one-year program for undergraduate students. A Medical School student in Moldova, I was to study Biomedical Sciences at Minnesota State University, Mankato.  After an intense three-day orientation, class enrollment, ice-breaker activities, campus tour, bonding with my new American roommate and other fun activities, I became a full-time MSU Maverick, maverick being the mascot of the university.  MSU is an international student-friendly university, with about 700 international students, which makes it an easy place to find friends from every part of the world, in addition of course making new American friends.

Being so international, cultural nights were really a thing on campus, a nice leisurely Saturday night activity where for a reasonable price – or if you volunteered to help, then for free – you could taste authentic food and enjoy a show. One highlight was representing Moldova in its full might at Eurasian Night together with, as it turned out, a large community of Moldovans. We organized what many students referred to as “the best cultural night of the semester” with fellow Eurasians.  I also got to be a little bit Pakistani, Bangladeshi and Indian by taking part in their evenings, either as a fashion show model or a dancer.

Besides fun activities, I had an intense schedule with all 400/500-level classes and a 24/7 lab pass, which I used frequently. Most of all I enjoyed classes with the lab because there I mastered something that I had learned only from books back in Moldova. We had a very strict professor, who besides scientific accuracy, required flawless English grammar in our lab reports, one thing that at first drove everyone crazy and transformed the night before the deadline into a proofreading night, but later was highly appreciated. Also these classes created a new kind of relationship: a lab partnership. Your lab partner is the person you could call at 3 a.m. to verify the data, spend the whole Sunday within the library, have a midnight breakfast at Perkin’s and for whom you would always carry in the backpack an extra dose of caffeine or glucose in the form of Pepsi and a chocolate bar, during finals week. My two lab partners are my two comrades with whom I could trust my life and who became my close friends outside the lab walls.

Outside of studies there was volunteering. I volunteered for cultural nights and MSU events, my responsibilities varying from peeling potatoes, signing up people for blood donation, passing chips and pop corn to trying not to get tangled and fall in my Indian sari while walking the stage. One of my long-term volunteering experiences was Campus Kitchen. On some nights we would pack the left-over food either from our cafeteria or local restaurants in plastic containers and during the day, after double-checking the quality of the products, we would deliver them to the houses of socially disadvantaged people. It was quite an experience; I believe Campus Kitchen helped a large number of people in the Mankato community. Maybe it wasn’t something extraordinary, but what I loved about it was that it was stable. Campus Kitchen operated throughout the whole year, with no breaks, which insured some kind of stability to those people who needed it in comparison to occasional fundraisers where one day they have plenty of everything, and then nothing at all. After a splendid winter break at the West Coast, I came home or to Mankato – two words that had become synonymous for me. As part of my Global UGRAD experience, I had to find a part-time internship. After running around with copies of my resume and cover letter to all kinds of hospitals, clinics and biology related facilities, I ended up at an interview with Wilbur Neushwander-Frink, a community organizer at the Arc of Minnesota Southwest. We came to the conclusion that we were a perfect match for each other, and so my internship began.

The Arc of Minnesota Southwest is an NGO that fights for a brighter future for people with mental and developmental disabilities. Founded in 1950, it serves 18 counties in the area and provides such services as individual advocacy, housing referral services, self-advocacy and leadership training, information and referral, self-advocacy theatre, a dance club, networking, and public policy and legislation. My responsibilities included, but where not limited to assisting the people with their needs whether it be walking, transporting those who use wheelchairs, opening a can of soda or anything else. I mostly was responsible for assisting my project supervisor Wilbur at all the meetings, helping with theatrical Aktion club and leading a couple of seminars myself. To be clearer, our job was to make the lives of people with intellectual and developmental disabilities more independent and as close to normal as possible. The Arc provided jobs for some of them and assisted others with job-hunting. Most of these people do look different and as such are caught under that stereotype that they “are disabled and need help with everything.” Well, I wouldn’t say that for sure about one guy who studied Computer Science at my university and, moreover, was a virtuosic piano player. Neither would I say it about a guy who had his own art show, a blind guy who talked with such passion and expression in his voice about the life around him, or a lady who sang as if Whitney Houston was still with us. And there are many other examples. These people organized their own fundraisers whether performing a play as a part of Aktion club, selling roses for St. Valentine’s Day or fudge for Easter, and many others. As part of the Arc, we organized outings in a local karaoke bar with songs and dances all night.

My ordinary work week would consist of meetings in downtown Mankato or driving with my supervisor to St. Peter, New Ulm, Waseca, Owatonna and other cities within one-hour reach for similar meetings. Being an intern at the Arc changed my view on the meaning of “help.” Organizing fundraisers is great, but it doesn’t make beneficiaries more independent; on the contrary it disables them in some way. It is much more useful, however, and much more time-consuming, to teach them how to help themselves. And it’s more than teaching, believe me – you can learn lots from them yourself. While interning at the Arc, I also kept myself busy as an undergraduate researcher at Doctor Timothy Secott’s Lab – remember my favorite strict MSU professor? Those who love lab work might understand my excitement.

My year in Minnesota was amazing, and can’t remember having a single boring day. I traveled around and have seen wonderful cities, but I wouldn’t trade my Mankato even for sunny California. It’s not just the place, but the academic program which helped me grow professionally, the experiences, the people. I could never be more alive at my 22 than I was in Mankato…But it would have never happened if not for my FLEX year, which was the first big dare in my life, but turned out to be such an adventure. My amazing host family and friends made me tie close bonds and fall in love with America and be willing to come back, American high school taught me to be competitive which contributed to my winning another U.S. Government sponsored scholarship and FLEX projects that I took part in upon my return basically defined my career. So I encourage you, fellow FLEX alumni, to dare, to rise if fallen, to explore new horizons and to live life to its fullest! 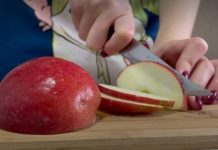