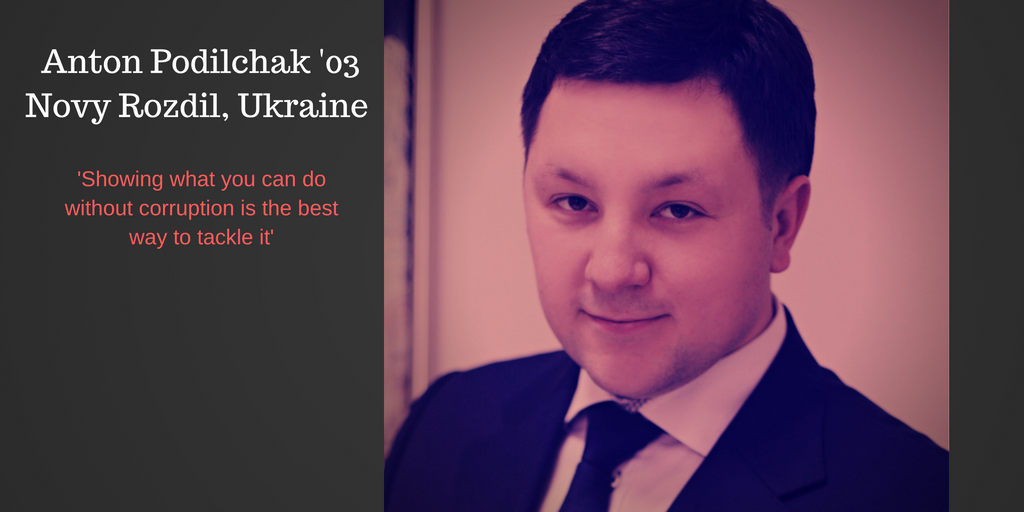 ‘Showing what you can do without corruption is the best way to tackle it’  Anton encourages the FLEX community to join him in his fight against corruption and injustice. ‘We are people with common principles and we have to stick together. Let’s all contribute to making the world a better place, across the continents and borders,’ he addresses the FLEX alumni. ‘A profession of a lawyer is similar to the one of a doctor. The future of your client’s business or sometimes even life depends on it. That’s why it’s very difficult to leave your work in the office. The younger you are, the less experience you have – the harder it is to switch off,’ says the founder of a well-known Ukrainian legal practice Advice Group, Anton Podilchak ’03.

Even though Anton himself is just 29, he has years of legal experience behind him. He decided to become a lawyer during his FLEX year in the U.S. and carried on with his plan upon arriving back home. During his last university months he started working in a Danish legal firm called J&L Consulting Ltd where he learned how to practice law and how to run a business.

‘There I understood how to run a business based on the principles of cooperation and freedom of choice. I also learned that in the legal profession there exists the type of money that you do not want to make,’ shares Anton. After two years at J&L, Anton left the company to co-establish his own firm specializing in tax advice to foreign investors. Advice Group was registered in 2010 and has since become one of the top five legal practices in western Ukraine.

Anton manages the firm with his partner Oleg Kyryievskyi and his responsibilities range from recruiting staff to gaining new clients and providing legal services. Being a lawyer means working very long and irregular hours but Anton doesn’t mind being busy.  He values the flexibility: ‘I’m in charge of my own schedule and can be as productive and busy as I choose. This is the great thing about being an entrepreneur. My daughter is only one year old, and it’s possible for me to take more time off. Of course, that means that in the run-up to any vacation, I have to work 12-hour days,’ he says.

Unlike in many other legal companies in the post-Soviet countries, salaries of Advice Group’s employees adequately reflect the company’s profit.  ‘Employees are paid fairly and it makes them much more enthusiastic about the company’s profit,’ notes the FLEX alumnus. ‘Our goal is to make everyone happy – clients, employees and ourselves. We prefer a decentralised approach and are open-minded to various legal instruments and ways of cooperation.’

Anton also provides free legal support to people who cannot afford it. ‘Someone has to do it. Once I defended a guy who was injured at work and was refused any social compensation. We won the case and made his company pay,’ remembers Anton. Besides legal volunteering Anton participates in community service projects. A little while ago together with his colleagues he helped to clean and restore a historic mansion that had been decaying for decades. His other public activities include serving as President of the NGO ‘Young Diplomacy Center‘, chairing the Public Advisory Council to the Regional Prosecutor’s Office, and serving as a board member of the European Business Association (Western Ukraine).

The lawyer (and former FLEX Alumni Coordinator in Western Ukraine!) highlights that volunteering and team orientation were the key values that he brought home from the U.S. Believing that helpfulness and honesty always pay off, Anton dreams to get rid of corruption in his profession. Advice Group itself has a zero tolerance policy towards corruption.  This position is still rare in the region. ‘Currently if you talk about a Ukrainian lawyer, people think that you refer to a person who knows how to approach a judge. It’s difficult to operate when you play a game based on the rules nobody else follows. It’s like trying to win a game of basketball with a chess board while all the other players have got baseball bats. Showing what you can do without corruption is the best way to tackle it,’ says Anton.

Despite all of the struggles, Anton is optimistic about the future of the legal profession in Ukraine: ‘The more young lawyers with international education we have, the better it is for the country’s legal system. I hope that together we will change the sector and work just like our Western colleagues – earning good money and being respected in society’.

Anton encourages the FLEX community to join him in his fight against corruption and injustice. ‘We are people with common principles and we have to stick together. Let’s all contribute to making the world a better place, across the continents and borders,’ he addresses the FLEX alumni. 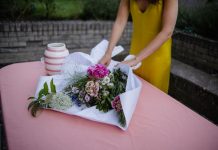