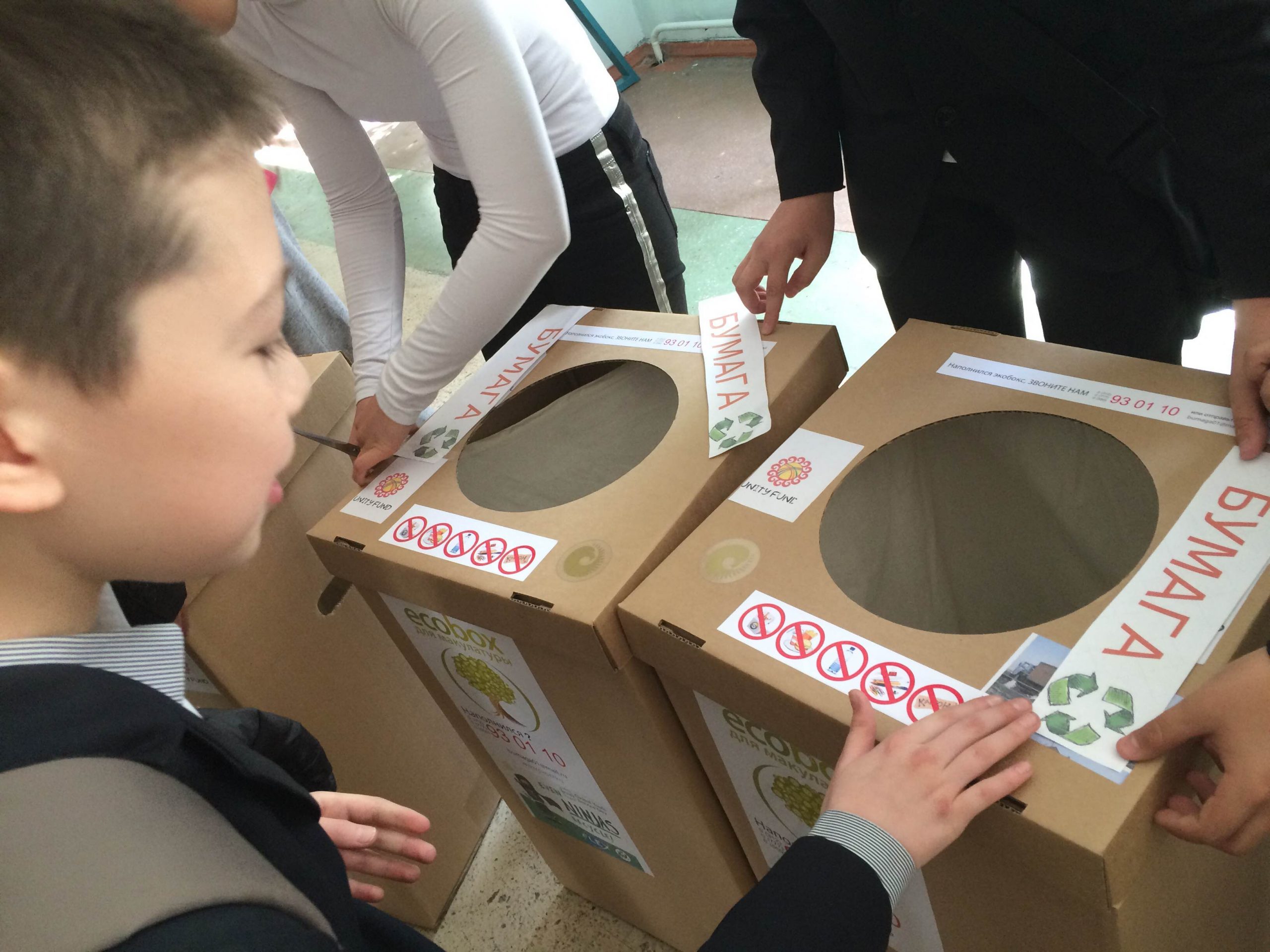 ‘An average Bishkek school is attended by 1400 to 2800 students, at least 40% of whom buy soft drinks and then throw the packaging away every day. None of Bishkek schools recycle trash and it’s sad to imagine all the paper and plastic going to waste,’ says Nadezhda Pak ’10.

To educate students about recycling and provide them with opportunities to do it in their schools on their own, Nadezhda conducted a project in four schools of Bishkek from April 16-23. She was helped by five FLEX alumni and volunteers from the Unity Fund Youth Initiative, the initiative which provided informational brochures and covered transportation expenses.

The volunteers conducted four interactive trainings in the schools teaching students about different ways of recycling and fundraising for charity. Afterwards ten recycling boxes were installed in each school and recycling committees of students, responsible for emptying boxes and allocating funds raised through the recycling, were set up. The FLEX alumna estimates that the project reached approximately 10,000 students. ‘We aim to make recycling a normal habit for all current students and hope that it will be passed to the next generations. Recycling is extremely important and it is also a fun thing to do with your friends,’ says Nadezhda.

The FLEX alumna considers this project to be a great success noting that it would not be possible without the support of school staff members. She hopes that this long-term initiative will soon be picked up by other local schools and will considerably reduce the amount of waste produced by young people. The FLEX alumni will stay in touch with the schools’ committees monitoring their progress and assisting them with future joint projects.

A local media outlet K-News published an article describing all the GYSD 2016 initiatives conducted in Kyrgyzstan by FLEX alumni.