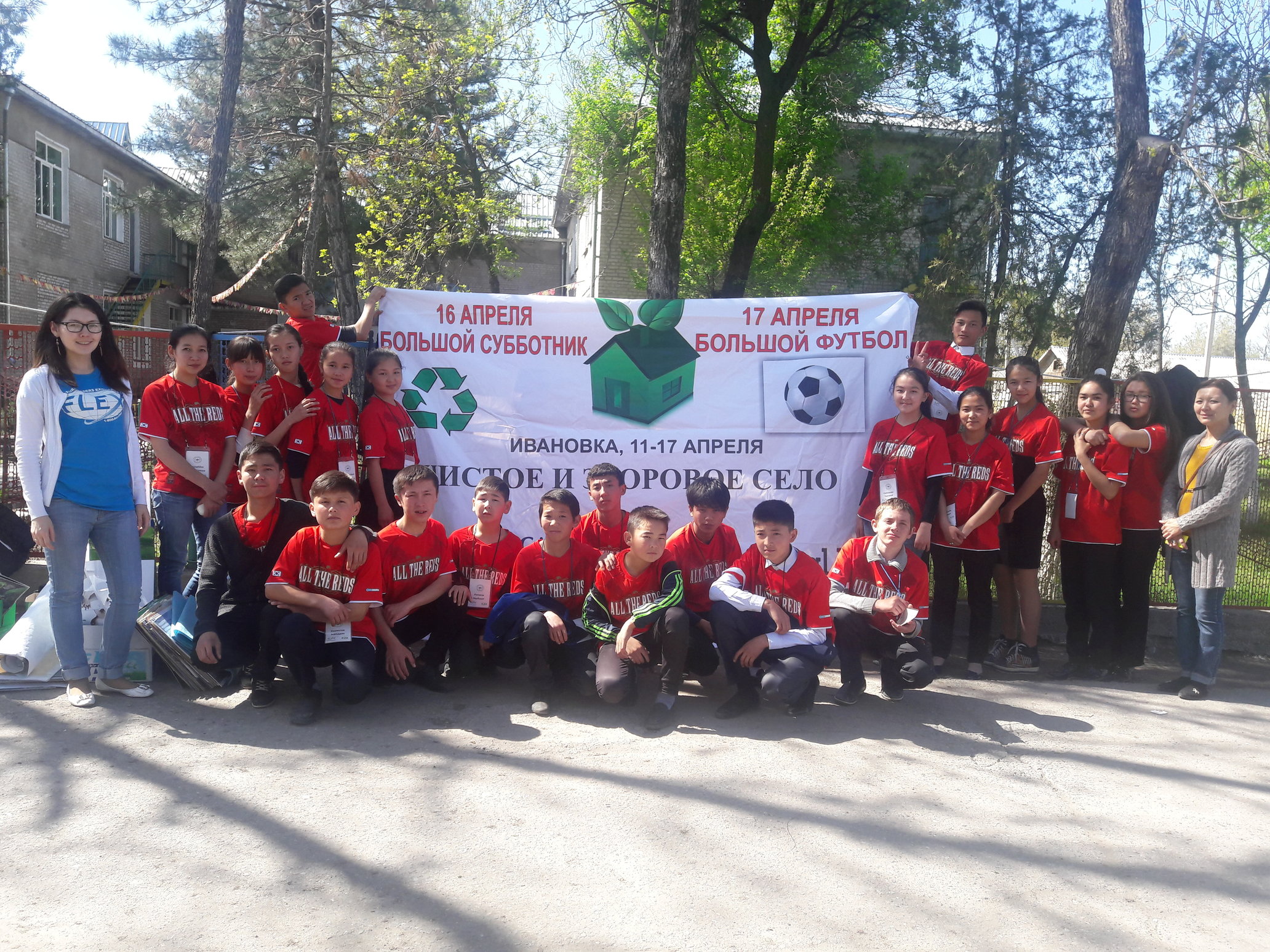 Removing trash is a costly multi-stage process all over the world. Despite generally having higher levels of pollution, big cities tend to have more waste management opportunities, while small settlements in rural areas often have to rely on themselves. Bermet Biialy kyzy ’08 decided to tackle this issue in her village, Antonovka, by organizing a series of activities on the topic of environmental protection and recycling. The project called ‘Clean and Healthy Village’ was implemented from March 23 through April 17 and supported by the Ivanovka Village Administration, the Issykata Regional Education Department, the social union SAIRON, the Friendasia office, and the HANSAMO Association, which provided free venues and equipment, lunch and coffee breaks, stationary, and even trash bins.

The project started with a workshop during which 30 local high school students were introduced to the principles of recycling and safe waste management. Equipped with new knowledge, the team of high school students passed on their newly-found knowledge to 3500 local students at schools and kindergartens through presentations and activities to teach the younger children about the importance of keeping trash in bins and how to recycle. After the presentations, 16 metal trash bins and two recycling boxes for plastic were installed in the village.

In the final part of the project the participants divided into groups and cleaned up different areas of the village, including the park and kindergarten areas. They also held a soccer tournament, which was attended by over 500 local people and officials. ‘The project has had a huge impact on local people. Some volunteers want to continue the project by installing new trash bins made out of recycled material, such as plastic bottles. We also hope to organize visits to environmental NGOs in the area,’ says Bermet.

The summary of the project was published on the website of the ‘Roza Otunbayeva Initiative’ Foundation.