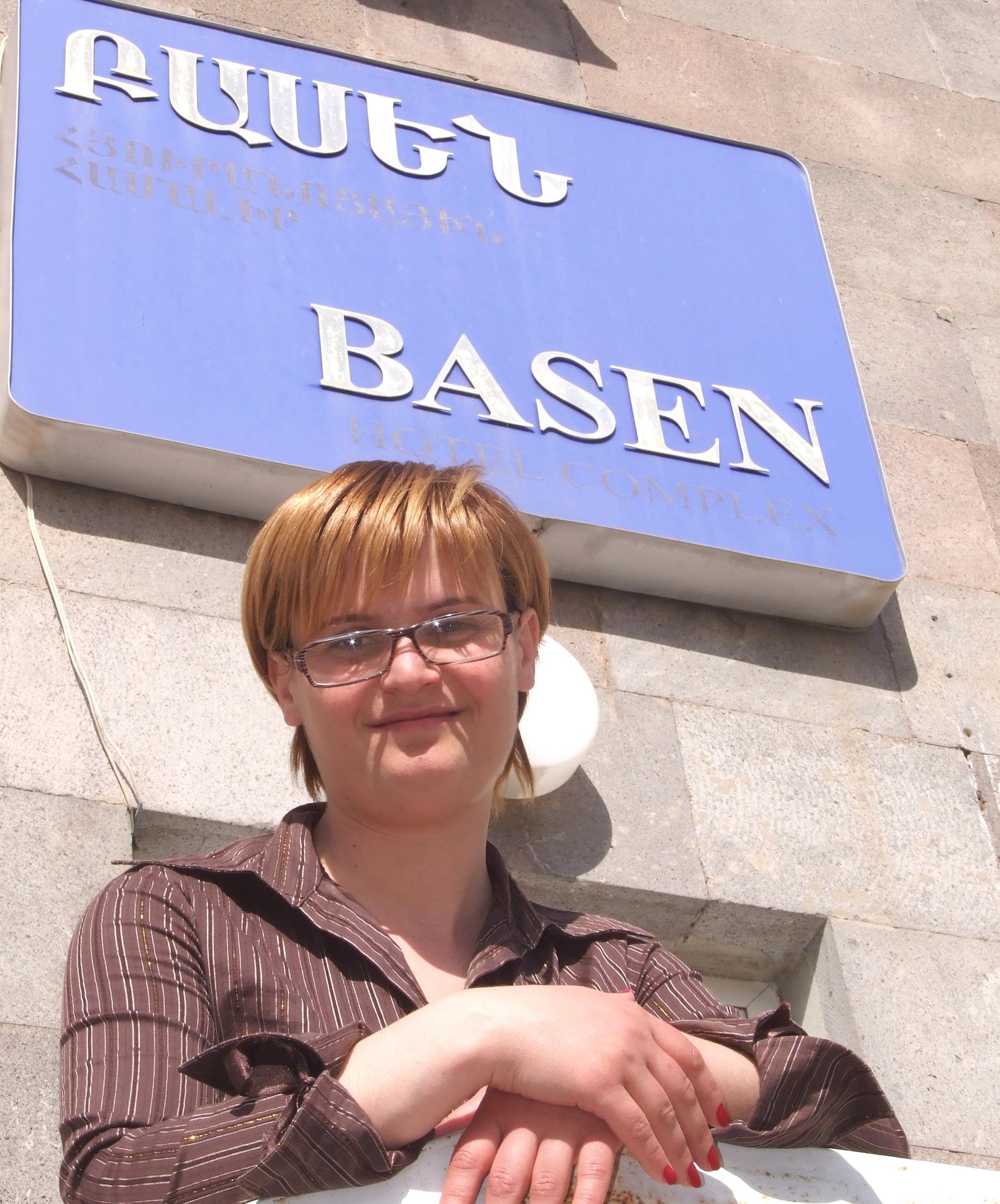 ‘The basis of my success comes from the change in my mindset which occurred during my FLEX year. Being able to use it for the benefit of Sisian’s community is the main payback to the program,’ Hasmik points out. Hasmik Asatrian, winner of the 2013 Armenia’s Young Businesswoman of the Year award, believes that her FLEX experience allowed her to see things from a different prospective and made her feel more empowered, a quality necessary for any business leader, let alone a young woman in a rural community.
‘I am different from all local women in the way I live and interact with other people. For example, there are no women in Sisian who run in the morning, especially if they are married and have three kids. So when I started doing it, many of our neighbours were surprised. It didn’t stop me from jogging and gradually people accepted it,’ says Hasmik. Despite her perceived idiosyncrasies, Hasmik is greatly respected in Sisian both as a business leader and a community organizer. Together with her husband she runs the Basen Hotel, which in recent years has evolved from a Spartan Soviet-style resort with communal bathrooms into an international base for tourists discovering Armenia’s ancient culture and history. The fact that during high season the hotel is fully booked by travelers from all over the world is largely due to Hasmik’s creative approach and renovation. Apart from comfortable rooms and en suite bathrooms, visitors can now take a guided tour through the sights and participate in traditional bread-baking and butter-making ceremonies.  The hotel’s transformation was not an easy achievement, but it has paid off since.

Since every year the hotel receives more and more visitors Hasmik is now working on adding ten more rooms to the building. Basen’s popularity has a positive impact on the community as a whole: tourists bring money that supports local businesses and helps develop infrastructure.

Hasmik is the chair of the Sisian Women’s Resource Center board, a newly-founded NGO which implements projects on women’s empowerment. One of them is a carpet-weaving group, which allows weavers to sell their products to a middle man at a fair trade price and demonstrate their weaving techniques to tourists for a small fee.  Another issue that the Center plans to tackle is women’s involvement in government. ‘Unfortunately women’s participation in politics remains very limited in Armenia. Even in the Elderly Council there is only one female representative. I’m sure with proper training and encouragement many more young women would get involved in governance,’ says Hasmik. In addition to economic and political empowerment projects, the Resource Center plans to conduct educational trainings for young people with Hasmik teaching Basic English.

To call Hasmik active would be a major understatement. On top of her other responsibilities, she is also a member of the Community Active Group established to discuss local issues with municipalities, she sings in the town female choir, and cooperates with Armenian Peace Corps volunteers. Over the years Basen Hotel has become an essential stop in the annual ‘Border to Border’ initiative.

Even though overcoming gender stereotypes is part of Hasmik’s daily routine, she cannot imagine living anywhere except her hometown. ‘It’s a great privilege to spend my life here. I know that Sisian needs me and what I’m doing much more than Yerevan ever would,’ she says.