Home Articles Written by Alumni Looking for a Niche 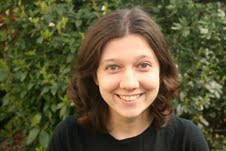 Before moving to Thailand, I had never lived in a developing country apart from my own.  Having lived in the U.S. and the Netherlands, I somehow constructed an opinion that the world is bipolar; it is divided into places where lifestyles resemble either those in Russia or those in the so-called West. My experience of living in a place completely different to that quite primitive perception was extremely valuable.

My fiancé  at the time (now my husband) Sam and I moved to Thailand because Sam had been offered a job in a Burmese human rights’ organization. We settled in a place called Mae Sot, in the north-west of Thailand, just some three kilometers from the border with Burma. Like every border town, Mae Sot is unique and culturally diverse. There was a large number of human rights and development organizations there as well. Thus, very quickly we found ourselves a wonderful crew of friends. But even having friends and events, I often felt a slight sinking feeling of solitude. The feeling never occurred when I was with Sam or with our close friends. It happened when I was trying to explain who I was to other people; either at my work in a Thai high school, or at an event organized by other foreigners.

When I lived in the U.S., my identity seemed quite clear: I was an exchange student, who lived in an American family and interacted mostly with American people. I lived in the context of American culture, occasionally bringing in my own to a group of curious teenagers at a party or our family dinners. I spoke the language, understood the humor and felt quite special because I was an interesting foreigner.

In Mae Sot I was working in an environment the language of which I did not speak, thus had limited communication with my Thai colleagues. The school treated me extremely well, but I never ceased feeling like an outsider, who was there temporarily, almost accidentally. With foreigners the relationship was more complex. I understood jokes and cultural references, I actively participated in events. However, in all my communications one thing seemed to be missing – an opportunity to explain about my own culture, a chance to use different references and reminiscences. Suddenly the world seemed bipolar again, only this time it was divided into other groups: ‘westerners’/those in the position of helping and ‘developing-country’ dwellers/ people to be helped or taught something. There was also another peculiar feature in our foreign community – an overpowering obsession with certain Burmese traditions and fashions. That is perhaps the reason why some started wearing thanaka (white Burmese make-up), eating with fingers or holding very strong positive opinions about Aung San Suu Kyi. In fact, the latter became some sort of a worshipped figure. When I once stupidly suggested naming someone’s cat in her honor, I was met with uncomfortable silence and a solemn response ‘It’d be disrespectful’. ‘Why?’, I thought,’ People tend to love their pets, don’t they?’

The other aspect that I was struggling with was the general foreigner attitude towards the Thai community in Mae Sot. While most had close relationships with Burmese people, few could claim being friends with many Thai. Thai policemen in the town were notorious for taking advantage of the illegal status of the Burmese and constantly shaking them down for money. As a result, many foreigners took sides with the discriminated population. It was the world of good and bad. As for me, I was not only distant from the world of development, but was teaching well-off Thai teenagers. A few times after a brief introduction a random foreigner would patronizingly say to me: ‘It’s ok that you work in a Thai school. I haven’t got a problem with that.’ Well, thank you for being generous. But then during holidays back at home in the West, people would wash off ethnic make-up, eat out in their favorite Italian restaurants telling friends about their amazing life. As much as they were passionate about Burma, they always had a way out – with their passports, parents’ bank accounts, rights and upbringing.

Not fitting in any social or cultural categories for the first time in my life was painful. I was neither from the West nor from a developing country in South-East Asia. I couldn’t explain that I didn’t have savings, which would allow me to volunteer in a different part of the world without getting paid. I was proud about my well-paid and official job. I was disappointed and confused why in Mae Sot public opinion it was being disregarded at the same time.

But did the identity dilemma really never happen to me before? Having a Jewish last name, dark eyes and dark curly hair, I have naturally always been seen as Jewish. I do not have a problem with it, I am quite proud of my mixed ethnicity. The interesting thing is that I am only one quarter Jewish, but I’ve always known that this is the quarter that matters.  When I was recently reading Barack Obama’s ‘Dreams from My Father’, I found a similar voice there: ‘When people who don’t know me well, black or white, discover my background (and it is usually a discovery, for I ceased to advertise my mother’s race at the age of twelve or thirteen, when I began to suspect that by doing so I was ingratiating myself to whites), I see the split-second adjustments they have to make, the searching of my eyes for some telltale sign’. Maybe all my difficulties and thoughts on the identity in Thailand were simply because I failed to find my own meaningful niche and there is nothing new in that. Or maybe it was my discovery of the post-colonial world with its benefactor mentality which brought so much emotion. After all, people from the West who usually made fun of my ‘rich Thai students’ for having all the technology in the world, most likely had younger brothers or sisters back home who were able to enjoy the advantages of their well-equipped schools or houses as well.

People are people everywhere. It is completely natural to want the preservation of your human rights as well as desire a large screen TV or a beautiful dress. People in the ‘developing’ countries should not be expected to be solely freedom fighters, and should not be expected to choose the future of their country over their own family or personal happiness. In my opinion, our uniqueness as humans comes from our ability to experience happiness and love, not from our capacity to sacrifice.

Now I live in London and my life is completely different. There are fewer issues with self-establishment and there is infinitude of opportunities for exploring creativity. But here and there the same thought comes into my head: in order to have my voice heard, I need to achieve something real. I cannot simply voice my strong opinions on different topics. My ideal form of achievement lies in writing. But then I remind myself of my favorite bit of Hemingway’s Nobel Banquet Speech: ‘Writing, at its best, is a lonely life…  …He grows in public stature as he sheds his loneliness and often his work deteriorates. For he does his work alone and if he is a good enough writer he must face eternity, or the lack of it, each day’. I realize that solitude might be a natural human state, even if your soul is intertwined with someone else’s.  Everyone is looking for his or her niche, but the final state of intellectual comfort cannot be achieved forever even if such is found for a period of time. For there will always be other contradictions or mismatches through which one will perceive a different reality.

A really interesting read Tanya, sorry it’s taken me this long to comment, I hope you don’t mind me sharing some of my thoughts. With regards to your reference of westerners in Thailand , I can understand the misguided feelings of thinking you’re in a developing country purely to be the ones ‘helping’ and rescuing those living there, and it’s important to remember that whatever culture we are living amongst that the sharing of knowledge, experience and skill is very often and should be a two-way thing. The fundamental reason westerners are there at all is because of the enormous… Read more »