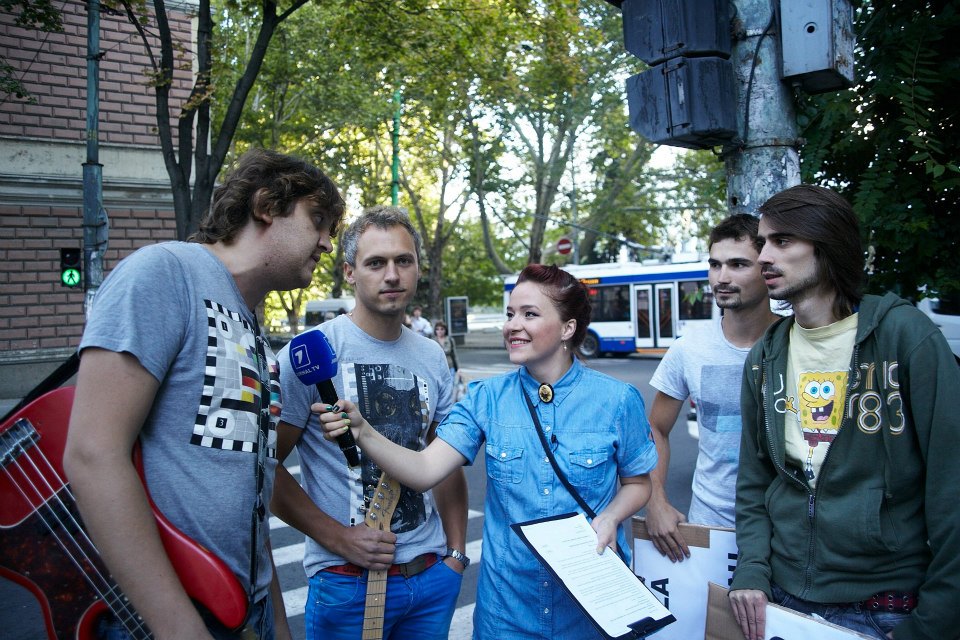 FLEX Importance: The FLEX program will always be a crucial part of my life. Sometimes I even say that my life is divided into things that happened before FLEX and things that happened after. My FLEX year made me realize that no matter what I want to achieve, no matter how difficult my dreams seem to be, I can do it! I also realized that I will never be alone; there will always be people ready to support me. All my FLEX experiences taught me a good lesson: quality is more valuable than quantity. I still vividly remember experiencing warm feelings during our charity events, putting in common effort when cleaning school grounds or sharing the sense of community while organizing a marathon.

FLEX Values: When people ask me “why do I love America so much?”, my explanation is usually this: whenever I came up with an idea during my FLEX year, my friends, family or local rep would always ask whether I needed their help. Volunteering in the US was a great pleasure but it also taught me a lot. The most significant experience for me as a young person away from Moldova for the first time has been the few days spent at The Philadelphia Center in Shreveport. It is a center that works with people that are diagnosed with HIV. There I made new friends and had a wonderful opportunity to overcome all of the stereotypes that had previously existed in my head.

Current Job: Last May I started working as a news anchor. My main responsibilities are to properly elaborate news bulletins, putting social news first. Apart from that, the administration became interested in my last job as a TV reporter and they offered me a new position as well. So, in August, besides my radio job, I also became the editor of a TV show called “AISHOW”. Even though I have been working since I was 18, one thing I never learned is to say “no”. This is why I also became the editor and reporter for a news website for young people called http://www.diez.md. That makes three jobs simultaneously for now, but probably very soon I will have to leave at least one J. What I like about working in the mass media is being able to meet different people, seeing how you can influence things and how you can build everything starting from scenarios to an actual TV show. Current Challenges: When I worked as a TV reporter I developed a series of video reports called “Don’t be afraid of the microphone!” I observed that every time I approached anyone with a video camera or a microphone, be it on the street or at an event, people were afraid of answering my questions. My producers were fascinated by this idea and these reports were a success. I really think that people who live in the former Soviet republics, don’t understand the power they get when a reporter approaches them – the power to spread their interesting ideas, thoughts, and opinions. My biggest concern is that people in a pro-European country like Moldova, don’t feel free enough to be able to use all the democratic instruments that they have, such as media channels.

Future Achievements: I don’t think I have achieved anything that I can be proud of in my career yet. In a couple of years I am planning to leave the mass media and start my studies in Art History. Once I start working at the MoMA or the Hermitage; that will probably become my biggest career achievement.

Message to FLEX Alumni: I am really proud to be part of this community and I know that each of us is an active contributor to making this world a better place. I believe that all our trainings, movie nights, charity events, and cleaning projects helped more people than we can imagine or that are shown in our reports.

I had the distinct pleasure from the first time Natasha and I met in the airport here in Shreveport, Louisiana of seeing into the future. I knew instantly that this young lady had a gift and much promise, and I was right. She quickly became someone who would change not only my life-but those of everyone around her as well. Ours was an instant connection that has remained strong and grown in significance over time and distance. I together with all of my family, am more than proud, humbled and blessed to call her family. When Natasha arrived in the… Read more »