Home Alumni Highlights From Almaty to Silicon Valley Through the Push of a Button: The... 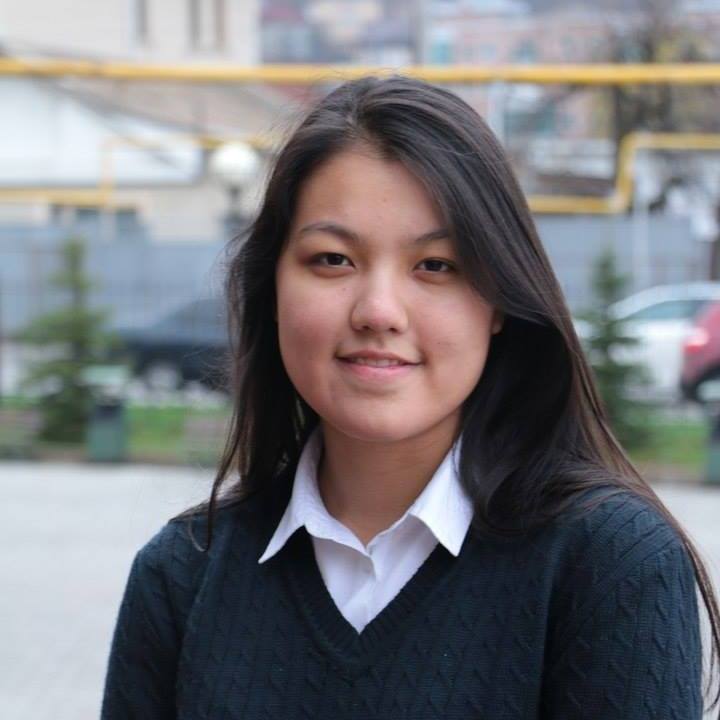 A few months ago, in Kazakhstan, a teenage girl was kidnapped on the way home from school. She was attacked while walking on a dark street and thrown into a truck by a stranger. In a split moment before the truck disappeared into the night and phone reception was lost, the girl managed to press one button on her phone. It was an S.O.S. message containing the exact coordinates of her last trackable location sent to her sister via a mobile app called QamCare. Immediately her sister called the police and mobilized people on social media to look for the victim in the identified area. A couple of hours later the girl was rescued and her kidnapper was arrested – all due to the quick, collective search in the specified location.

The app QamCare was developed by a group of young women from Almaty and won a Google competition called Technovation Challenge in August 2017. The team’s founder and creator of QamCare is FLEX alumna Aruzhan Koshkarova ‘16. At the time of the competition she was 17 years old and had taken her very first coding classes only a year and a half before, in her U.S. high school.

‘My host sister’s husband is a programmer and so when we met, he told me about his work and taught me some basics. Seeing my enthusiasm about coding, he encouraged me to continue learning so I started taking Computer Science classes at my American high school. What surprised me most was not even linked to the subject itself: I was amazed to see many other girls taking the same class. Back in Kazakhstan I had been interested in physics, but it was always seen as a boy’s subject,’ laughs Aruzhan.

Her manner of speaking is cordial. Within minutes I feel as if we’d known each other for ages. She speaks about coding so passionately that a part of me wonders whether I should go back to university and learn more about it, too.

‘When I returned to Almaty in the summer of 2016, I realized that I was the only young female coder in the whole city. I thought to myself: ‘I’m alone at the moment, but I’ll make sure that there will be other girls,’ the FLEX alumna continues.

Soon afterwards Aruzhan found out about a global competition for girls called Technovation Challenge (now called Technovation Girls) and built a team of four girls and two mentors.  Because the competition is focused on innovation and development, the girls decided to tackle the issue of kidnappings in Kazakhstan by creating the QamCare app. However, given the team’s limited experience in coding, developing the actual app wasn’t easy:

‘We were all complete beginners, so our coding process was literally learning from scratch and trying to apply this knowledge to an ambitious goal. For example, I didn’t even know how to attach a map or create classes. At the beginning, every small step forward felt like a huge success,’ she says. ‘But we also had a lot of fun in the process. We felt inspired and became close friends.’

What started as an inspirational exercise to attract more girls into coding grew into an internationally-recognized project. After passing all the rounds of the competition, Aruzhan and her team were invited to present their project in Silicon Valley in the U.S. and won the entire Technovation Challenge. It was a huge success and, despite working on the app very hard, none of them expected it.

‘Our first thoughts were: ‘Is it really true? Is it really us?’ We were amazed and surprised,’ Aruzhan chuckles.

But things were not so simple at home. Even the global recognition wasn’t enough to break existing prejudice about a girl’s place in society.

‘When we won Technovation, some boys and men told us that the competition wasn’t serious because boys were excluded,’ remembers Aruzhan.

Yet such negative attitudes didn’t stop the FLEX alumna from moving forward. Shortly after returning from the U.S., she and her team were invited to meet the President of Kazakhstan to discuss the problem of teenage disappearances with him.

‘The government acknowledged that it was a huge problem and I was told that they were taking steps to address it as well.

In addition to developing the QamCare app further, in September 2018 Aruzhan started the ‘Who Code Immersion Program’ for young women aged 14-18. Through the program, 21 participants learned the basics of coding, bonded with each other, and began participating in 24-hour technological challenges called ‘hackathons’.

‘Hackathons in Kazakhstan are usually dominated by boys, but we’re trying to change that. Many of the girls who took part in the coding program now study computer science in universities too,’ says Aruzhan.

The FLEX alumna has yet another exciting challenge ahead of her: she was recently accepted to study at the Worcester Polytechnic Institute in Massachusetts and is about to move back to the U.S. After receiving her BA, she plans to return to Kazakhstan and use her gained knowledge to promote girls’ education and development even further.

‘Don’t be afraid to succeed. There a lot of prejudices about you out there, but there are also many others who believe in you and your talent. I am among those who do,’ she passes the message to female FLEX alumni.

Here is a link to BBC’s video about Aruzhan.