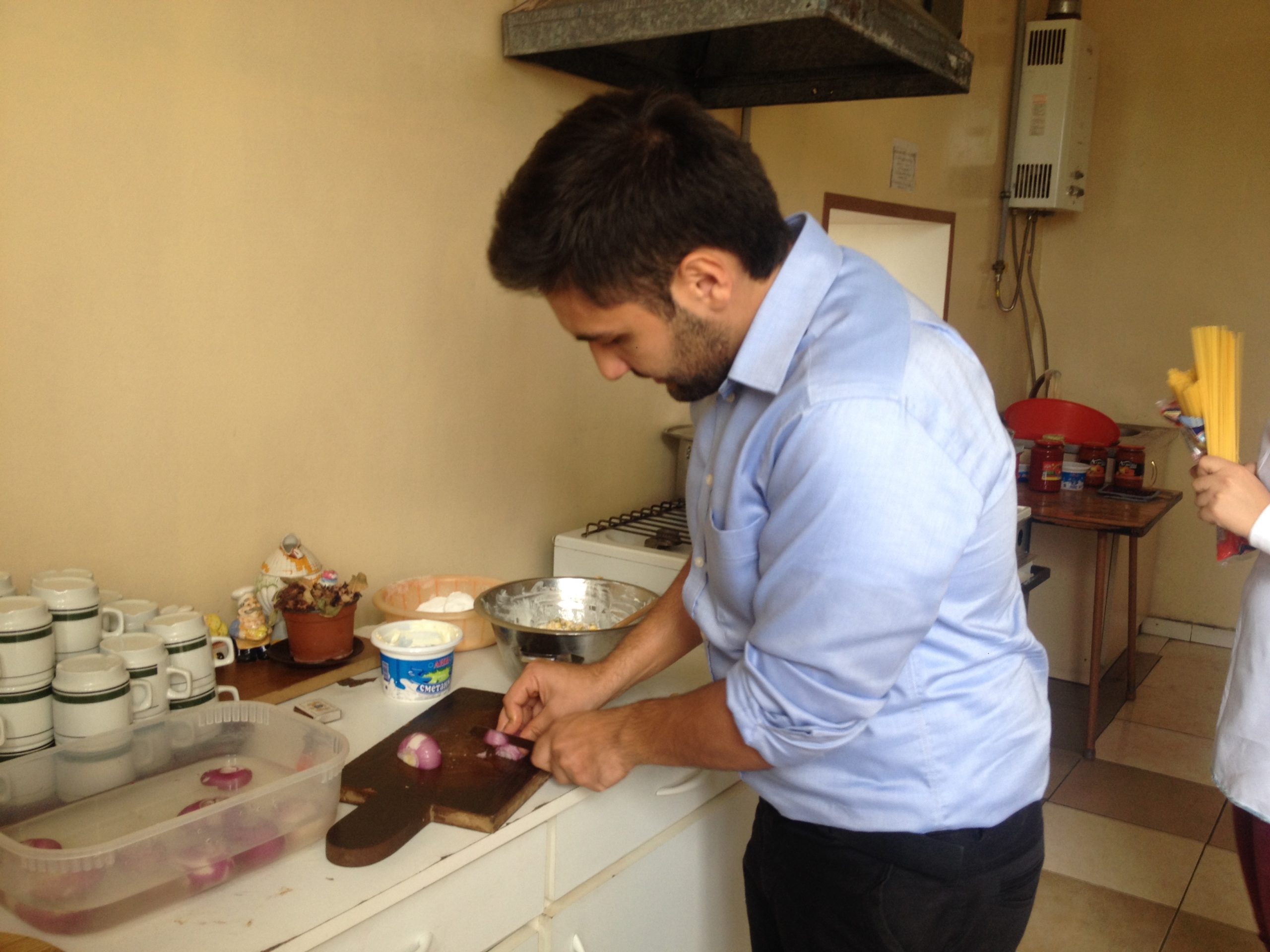 Alumni, working under the objectives of the World Food Day, organized projects on October 16-18, aimed to heighten awareness of the problem of hunger in the world and strengthen solidarity in the struggle against hunger.

Following this event, alumni initiated a food drive for homeless. Alumni promoted the food drive at their schools and places of work and collected received donations of food and clothing.  On October 18, four alumni took the collected items and donated it to the Hans Christian Cofoed shelter for the homeless. Alumni cooked a meal and served it to approximately 100 people and donated the clothing items to the shelter for distribution.  The project offered alumni a perspective on the needs of the community and practical ways to help combat the issue.