Forty FSA/FLEX alumni from the first years of the exchange program (1994-2000) gathered for a fundraising-networking event hosted by the Philips Corporation in Moscow on Friday, November 30. The MC for the event was alumna and successful Moscow entrepreneur Marina Malykhina, who spent 1994-95 as an exchange student in the tiny town of Amity, Oregon. Today Marina is a leading business woman in Moscow presiding over the Magram Market Research Corporation and the Respublika sports clubs, while in her spare time she hosts the TV show Capitalists on the Internet TV Channel Dozhd.

Marina offered the floor to other alumni who represented the diverse and exciting group. Evgenij Gribov, an FSA/FLEX pioneer from 1993-94, told fellow alumni about his academic and professional career path, has taken him to increasingly influential positions in the Government of the Russian Federation since 2005. He currently works as advisor to an RF deputy minister whose portfolio includes innovation initiatives, including the Innovation Forum which the Russian Government sponsored this October.  After several other informal speeches from leading alumni, in good FLEX fashion those gathered asked that everyone introduce themselves. With this the official part of the evening flowed into informal networking and lively group discussions.

American Councils staff members Mary Shea, Eurasia FLEX Alumni program manager, and Andrey Gidaspov, senior manager for strategic development, encouraged those gathered to support the community projects of younger FLEX alumni in Russia by contributing to the Generation FLEX Fund. That proposal generated a lot of debate, as the alumni had strong opinions about how they would want to see their donations spent.

The group, clearly seeing the potential for more and better professional networking mechanisms among FLEX alumni, agreed to follow the lead of the newly formed Moscow FLEX Legal Club and connect alumni by profession and market sector interests. Andrey Gidaspov told the group about his efforts to publicize the achievements of FLEX alumni to audiences in Russia and other Eurasian countries through the Russian language site www.flexsuccess.org.

Nazim Turmambetov, director of Corporate Communications at Philips, one of the evening’s hosts and himself an alumnus of the Muskie program, commented, “There comes a time to pay back for all the good we received as part of exchange programs, and it is good that our personal motivation coincides with Philips global strategy to attract the best talents out there.”

And the talent was evident. While the majority of the alumni who attended work in the private sector and represented a range of international and Russian companies, they also observed that many of those gathered were involved in high tech industries and start ups. When asked what they can give to the alumni community, many confirmed their readiness to share job opportunities in their companies, mentor younger alumni and help develop fundraising strategies to support the FLEX program’s 20th anniversary in 2013-2014. While a variety of events will take place in Eurasia and the U.S. throughout the coming year, a large-scale alumni event is being planned for fall 2013 in Eurasia. 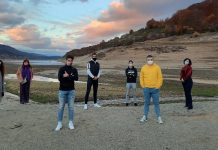